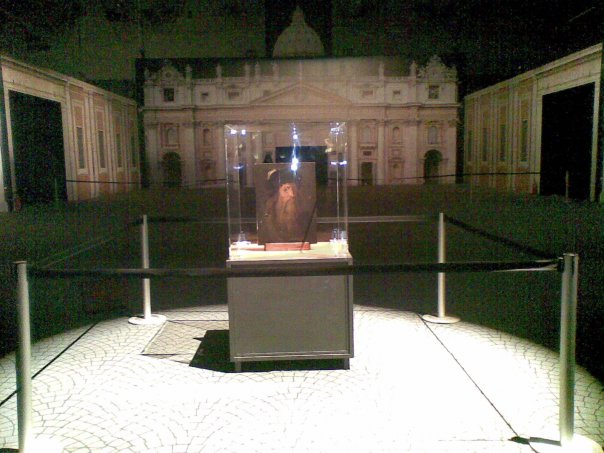 At Chieti University, the scientific department of the Carabinieri Italian FBI sector (RACIS) and Professor Capasso, performed examinations of the painting finding fingerprints left by Leonardo da Vinci. The three fingerprints where found to be congruent with other fingerprints, such as those found on the “Dama dell’Ermellino”.

Journalists travelled from Japan to capture the only authentic fingerprints ever found to correspond with Leonardo. They were detected on the Lucanian self-portrait registared in Acerenza Italy. Fingerprints declared on other Leonardo da Vinci works were recently found to be unreliable.

The international convention held at Tallinn University on February 6th 2010, included international research art experts. They demonstrated that each and every test carried out on the portrait pointed towards Leonardo da Vinci. Reports will be publicized in an official scientific University magazine and websites officially recognized on an international scale.

Several professors have participated at the convention, some coming from the University of Federico II in Naples and Chieti University, others experts from the scientific department of RACIS, and professors from Tallinn University.

Kadriorg Musuem held the convention and exposition which resulted in a clamorous success. Television networks were in an uproar who’d announced and written of the news for weeks. The Museum of the Ancient People of Lucania (MAPL), a tiny museum in Vaglio, had believed in the originality of this work of art from the get-go and are now preserving it there. They will be cooperating with the Kadriorg Musuem in Tallinn for promoting new and exciting research enterprises and cultural exchange. We will be looking forward to Tallinn, European cultural capitol, come 2011.

This group has always ‘believed’, trudging on despite the harsh skeptism shown by Lucanian authorities who have deliberately ignored this entire event of its possible historic and worldwide proportions. The self-portrait of the Lucanian Leonardo da Vinci or ‘Leonardo of Acerenza’ will thus enter within brief time, into every art and history book in the world.